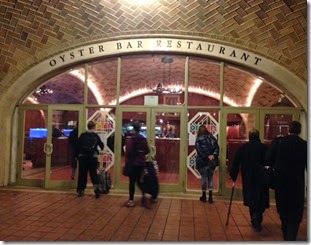 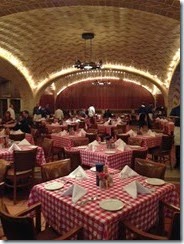 Whereas most New York insiders would know about this unique fish restaurant underground at Grand Central Station, very few outsiders do, but having visited the Grand Central Oyster Bar and Restaurant several times at lunch time (a couple this week) I can promise you that no visit to Manhattan is complete without at least one lunch here.  And you don’t have to have oysters. 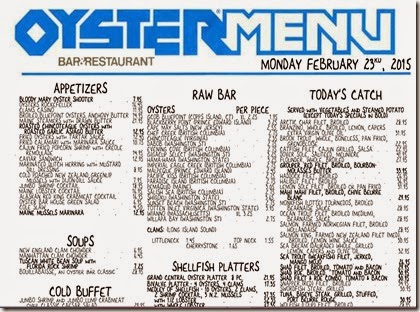 You can expect some of the best seafood you’ll find anywhere, from oysters and clams to whole fish, soups and salads.  Come in for a snack or do the thing properly.  If it’s a very cold day a bowl of their delicious Manhattan Clam Chowder (tomato based rather than cream based) will set you back $6.50 or thereabouts, which is seriously good going anywhere in New York. 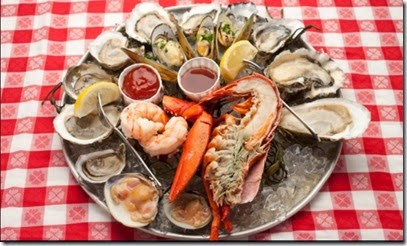 Most people dining here will be business people and ladies who lunch rather than travellers, there’s a huge ‘dining court’ in the station with every type of food you can think of if you don’t want to eat here.  But if you want to take an hour or so out, sit in comfort and be waited on I can’t think of anywhere better.

The Oyster Bar at Grand Central Station goes all the way back to 1913, the year that the Grand Central Terminal opened its doors.  Having fallen by the way and been re-invented in 1974 it is now incredibly popular, and if you want to be certain of a table at a ‘normal’ lunch time, be sure to book.  If you’re happy to go early or late you can drop in and most likely get lucky. 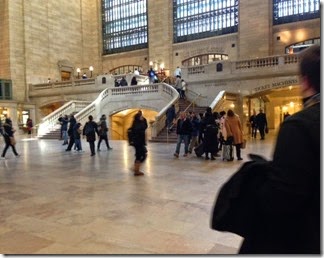 This picture gives you an example of the station concourse at Grand Central, elegant, light and vast, it’s somewhere you have to.  You don’t have to be going anywhere, and if it’s wet or freezing outside – I seem to have used that last word a lot this week – you can browse stores such as Banana Republic, Diptyque, MAC cosmetics, Shake Shack, Murrays Cheese, Aveda, Apple Store, Art of Shaving and my favourite jewellery store, Innasense.

By the way North by Northwest, The Avengers, Revolutionary Road and The Taking of Pelham 123 are just some of the dozens of films that have used Grand Central Station as a location.
Posted by Patricia Davidson at 06:50