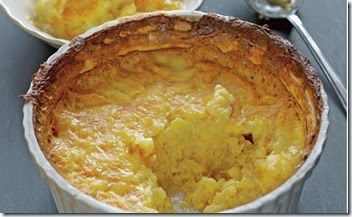 Recently in a restaurant in New York I was informed of a marvellous dessert they had – Rice Pudding.  As if it was quite extraordinary.  I did a double take and explained that this is a dessert we have regularly in the UK, starting at a very early age, and not something we would expect to find on a gourmet restaurant menu.  Which it is quite often in the US.

Rice pudding is a wonderful dessert which all of my kids have grown up with to the point at which they suggested something else would be welcome.  Since then I have made it less regularly and for kids and grown-ups alike, adjusting the richness accordingly.

Two rice pudding recipes, one gloriously rich by Hugh Fearnley-Whittingstall and the other a little less so by Mary Berry, bring home the wonderful versatility of this recipe, and just how easy it is to prepare either way.

Note:  Vanilla Sugar. You can buy vanilla sugar but it’s far better to make your own, which can be used for custards and other desserts as well.  Keep a large lidded storage pot full of caster sugar, into which you have stuck a couple of whole vanilla pods.  Leave for a week or so for the vanilla to permeate the sugar then it’ll be ready to use.

Recipe:  Preheat the oven to 150C/300F/gas mark 2.  Wash and drain the rice.  Butter a 1.5 ltr ovenproof dish.  Gently heat the milk, cream and vanilla pod (if you’re not using vanilla sugar) until it just starts to bubble around the edges.  Then stir in the rest of the ingredients and allow to simmer for 5 minutes.

Pour the mixture into your greased dish and cover with foil.  Cook for 45 minutes.  Remove, stir and cook again for 30 minutes.  Take out and stir again including any bits that have stuck to the bottom of the dish.

Then bake for a further hour, leaving the foil on if you don’t like the skin, and off if you do.  Check to see that your pudding hasn’t dried out, a little extra milk can be added if it appears to be doing so.

Mary Berry’s recipe for Rice Pudding – taken from The Aga Book, but which can be cooked in any kind of oven requires the following:  This is for four people.

Put all the ingredients into a greased 600ml ovenproof dish, stir, and grate over some nutmeg.
Cook in the oven (lowest set of runners in the Aga) for 20-30 minutes and until the milk has boiled.  At this point there should be a lovely pale golden skin.

Move to the Aga simmering oven for about 2 – 3 hours until the rice is cooked.  Or in a conventional oven turn the temperature down to 140C/275F/gas mark 1 and leave the pudding for two hours, at which point it should be creamy and soft.

Both puddings take quite a time to cook, which they should do – you can’t make rice pudding in a hurry.  You can substitute part cream to Mary Berry’s recipe, and add more to Hugh Fearnley-Whittinstall’s just make sure the overall quantities end up the same.

Either way if you haven’t made rice pudding for a while, and you have pudding loving kids or guests you’ll want to give this one a try.  It’s addictive cold as well.  Not exactly slimming as you can guess.
Posted by Patricia Davidson at 06:44