The best smartwatch for any girl who’s still attached to her ‘watch as jewellery’, as I am, has to be one that looks more or less like a watch but operates as a smartwatch.  And there have been – and still are - far too few of those although new smartwatches are appearing from Fossil, Emporio Armani, and new top of the range smartwatches from Frederique Constant and Tag Heuer although the latter are still very masculine.

Take a look at most of the smartwatches on offer and they’re either obviously a piece of tech, or they’re too masculine in style and I don’t go for either, although the Apple Watch  in its new iteration with its proliferation of colourful straps and watch faces is almost there for me and I never thought I’d say that. 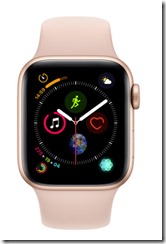 Guess was one of the first brands to launch, with Guess Connect, a smartwatch which actually looks like a regular watch and is clever with it and I’ve liked it from the start.  As far as the reviews are concerned it’s more watch than smartwatch but it’s still well worth looking at.

Michael Kors reinvented the smartwatch for girls who want the tech and the glamour to go hand in hand without breaking the bank.  So you can have your fitness tracking, notifications and alerts, plus a changeable watch face, at a reasonable price.  This will not be, again, the smartwatch at its very tech best, but frankly if I was in the market for one right now this is almost certainly the watch I would go for.

Apple has five times the share of the market of other smart watches, which makes the rest, quite frankly, also-rans, however as I’ve already said, if you don’t want that tech look (or you’re not into Apple) you’ll either stick to your existing watch or go for one of the other smartwatches here. 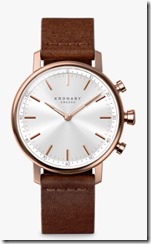 If I were considering giving a smart watch to someone as a gift I would need to know which they were likely to love, and make sure that they could change it if they wanted to.  After all, no matter how much you love leopard print they might not want to wear it on their wrist year round.  Guess Connect’s leopard print watch with sparkles is a fun watch, nevertheless…..

By the way, if you search for ‘the best smartwatches of 2018’ inevitably most of them will be firstly designed to be fitness trackers and secondly watches – but we’re talking about watches as jewellery here, after all.
Posted by Patricia Davidson at 08:53