To start with you couldn’t have two more different locations to hear music in Paris – the vast, modern Phiharmonie de Paris is a combination of concert halls, restaurants and bars out near the Peripherique, and located in the Parc de la Villette in the 19th arrondissement.  The concert hall itself was designed by Jean Nouvel and opened in 2015, seating 2,400. 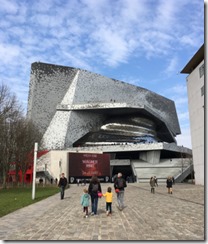 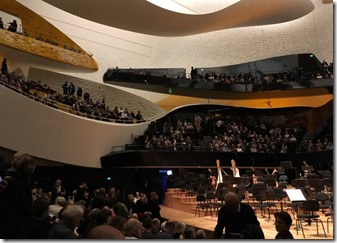 Hearing one of the greatest conductors in the world - Valery Gergiev - conduct the Mariinsky Orchestra in a concert performance of Wagner’s Die Walkure was a real treat.  None of Wagner’s operas are lightweight – they are usually very long and take some getting to know,
although the music is absolutely beautiful and worth every minute of effort.

Probably the most memorable piece from Die Walkure is the Ride of the Valkeries, here with Gustavo Dudamel conducting the Philharmonie de Paris. My favourite is Wotan’s Farewell to Brunhilde, which comes right at the end of the opera.  Here with Hans Knappertsbusch conducting the Bayreuth Orchestra with Hans Hotter as Wotan.

Getting to the Philharmonie to Paris is quite hard - unless you’re being chauffer driven (!) you’ll probably want to go on the Metro.  So make sure you’re wearing comfortable shoes. 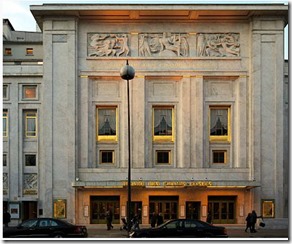 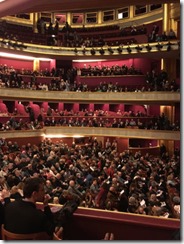 The following evening was a mere short walk to the Teatre des Champs Elysees, which is as different a venue as you can imagine.

Opened in 1913 and at 15 Avenue Montaigne in the centre of Paris it is named after the neighbourhood where it is situated.   It was designed by French architect Auguste Perret

I have to say that the Rachmaninov was to me the highlight of that evening.

Now for a seriously musical Easter I am off to the Easter Festival at Baden Baden via Illerhausern….. more to follow.

Read:  Gramophone – the greatest conductors of all time
Posted by Patricia Davidson at 00:51