Tosca in Munich 2017 with Calleja, Harteros and Lucic–A Gorgeous Night at the Opera 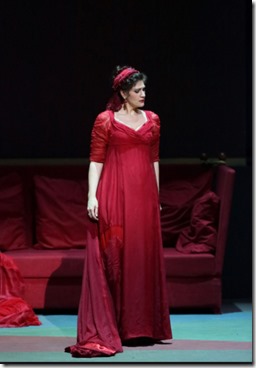 Last night’s performance of Puccini’s Tosca at the Bayerische Staatsoper was so incredible I had to include it in a post.

This was a hot ticket that sold out on the day the tickets were released, not surprising with a stellar cast including Joseph Calleja and Anja Harteros. There are/were only four performances in total (all sold out) in the beautiful Munich Opera house, which seats 2,100 and has the third largest stage in the world. 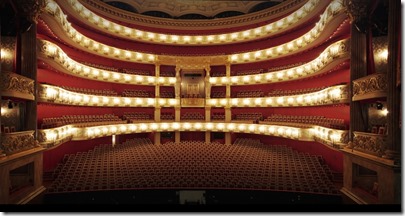 Joseph Calleja was superb as Cavaradossi, a role that suits his sweetness of tone and power, particularly at the top, perfectly. Anja Harteros as Tosca was reminiscent, for me at least, of most probably the greatest Tosca ever, Maria Callas.

The surprise to me was how excellent Zeljko Lucic was as Scarpia, not just a great voice, but great acting as well in a role that has been made famous by so many, in particular Tito Gobbi and George London. I couldn’t find a recording of him singing Scarpia so if you click on his name you’ll hear him singing the Credo from Othello.

The three main singers were on superb form in what is probably the best performance of Tosca I’ve ever seen. 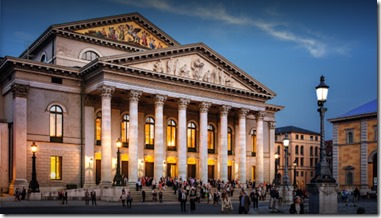 The National Theatre as it is called, is the third to be built on this site, recreating Karl von Fischer's neo-classical design for the original theatre, commissioned in 1810 by King Maximilian 1 of Bavaria.

Although the design of the auditorium is classical, incorporating a great deal of wood to enhance the acoustics, the functionality is modern, ie light, marble hallways, no long queues for drinks and even better, plenty of loos. It opened in 1963.

If you come to Munich and you love opera and/or ballet you should check the schedule and book early. Where to eat in Munich coming up shortly….


Posted by Patricia Davidson at 01:25