A Guide to Iconic Tote Bags from Goyard to Lancaster - Updated

So you’re in the mood for a new tote bag and you want something really special? – Not by your everyday designers but a bag that is instantly recognisable and perfect for travel.  There are so many at the middle of the market, with a choice that has increased at high speed.  But when you’re looking to splurge these are the totes you need to know about – plus a surprise at the end of this post…..

The Goyard St Louis Tote Bag – this is just one bag of the Goyard collection but probably the one you’ve seen most often by this brand – this is the king of Tote Bags.  In its instantly recognisable printed coated canvas and with a starting price of well over £1000 this is a precious tote, made even more so by virtue of the fact that you can’t buy this tote bag online or in most stores.  You have to go to a Maison Goyard.

If you’re interested you’ll find one at 116 Mount St, Mayfair, London W1K 3NH or pay a special visit to 233 Rue Saint Honoré Paris – after all, it’ll be worth it.

Do your research online so that you know exactly what you want because as with other superior brands you may not get an over friendly welcome.  And if you see one selling for a ridiculous price it’ll be almost certainly be fake. 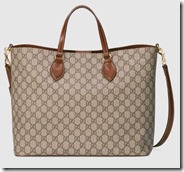 I particularly like the Gucci tote as there are lots of variations and new ones are launched every year. It’s not seen as frequently as the LV Neverfull and as with the Goyard and the Louis Vuitton there is no way of closing it so you have to be on the watch when out and about, but it is a beautiful instantly recognisable tote.  It retails for about £890. 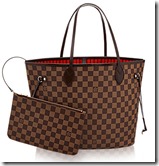 I’ve always loved the look of the Louis Vuitton Neverfull tote and no doubt you’ve seen it out and about.  I love the canvas, the red interior and the fact that it comes with it’s own separate pochette which you can use as a clutch – so this is a two in one as well.  But you do see it everywhere.  It costs currently approximately £920. 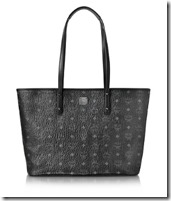 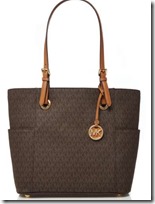 Then if you want to go to a more mid designer range you should also check out Michael Michael Kors (also instantly recognisable) signature logo tote, and US brand Coach.  Much less expensive than their designer counterparts and the Michael Kors in particular is seen everywhere. 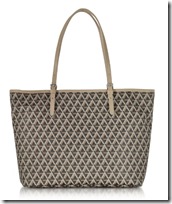 Finally, Lancaster is a luxury French accessories brand that was launched in the 1990s.  You can now find it in Europe, the US and Hong Kong and it’s deservedly growing fast.  Prices for a leather handbag are similar to most accessibly priced designer brands.  But if you want a printed canvas tote and you don’t want to have to take out a mortgage then the Lancaster Paris Ikon Tote is the brand and the tote bag I would go for.  It has that ‘almost recognisable’ look about it, not that that matters, an inside zip pocket, a firm base and, best of all a zip closure making it safe for travel.

You can buy it online at Forzieri  in a choice of colours.  Or you can pay a visit to the Lancaster Paris store at 422 Rue St Honore or in the Carousel du Louvre.  Invest in one of these and you may have enough left over to pay for you to get to Paris to do your shopping ………….
Posted by Patricia Davidson at 04:28