If you’re in the market for a new Prada, Gucci or Balenciaga handbag then you’ll probably want to stop reading this right now.  Up in the stratosphere, the sky’s the limit in terms of what you can pay.

But if what you want is a bit of handbag therapy, a piece of new arm candy in the new season’s colour, a modern backpack or tote or ladylike structured bag, all at a price which won’t break the bank, then Michael Kors with the Michael Michael Kors collection has to be your man. 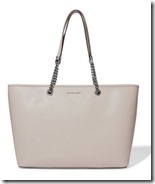 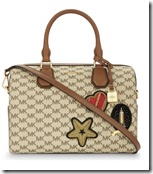 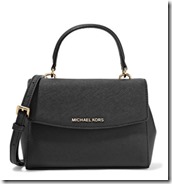 One of the cleverest fashion diffusion lines of all time which we’ve loved since its launch in 2004, Michael Michael Kors offers something new and modern for everywoman.  You may think you’ve seen it all, and look around you, if you’re surrounded by handbag carrying women you’ll probably be able to spot several of his designs without moving very far.  But if you don’t want to follow the pack with their instantly recognisable designer totes, or you can’t because it would mean just carrying one bag all the time and you like to be able to change your bag with your clothes, the season and not to mention your mood then have a good look.

Yes there are plenty of other mid priced brands to choose from, including DKNY, Coach, Whistles and Vivienne Westwood not to mention Ted Baker and Lauren Ralph Lauren and but time and time again I return to Michael Kors because he always has something lustworthy and of the moment or a classic in a new colour which I know will add a bit of interest to my daily neutrals. 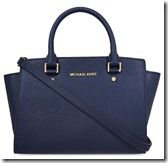 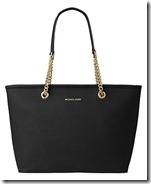 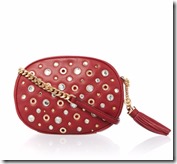 Michael Michael Kors bags such as the Mercer shoulder bag, Jet Set Tote and Chain Handled Tote have quickly become classics, available in a wide range of colours with new shades released each season.  This season shades of grey, blues through to denim, and bags embellished with flowers and studs are some of my favourites.  Inevitably the neutrals and best loved totes will be the winners, but if you already have these dip into one of his new embellished bags which are about to be seen on all the best arms everywhere……. 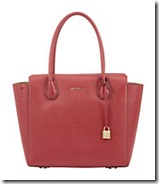 The best selections of Michael Michael Kors bags are to be found at Selfridges and Net-a-Porter, where you’re likely to find the very latest bags.  Also look at House of Fraser and John Lewis and look at the start of the season – the newest, the most on trend are bound to disappear fast.
Posted by Patricia Davidson at 09:28