How to Find the Cheapest Flights 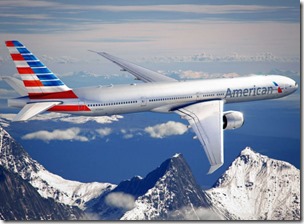 Having just, literally, saved 40% on a non stop long haul flight in January on the airline and time of my choice, I would say that Monday has to be the best day to book that journey.  However what I am totally convinced about is that there are no hard and fast rules and we are in the hands of the airlines and their algorithms.

I would make these points, however:

Take a look at the prices on offer on apps such as Hopper, Kayak and Google Flights.  Whenever you see that any airline is offering a major deal you can be more or less certain that others will more or less match the price.  Competition, thankfully, is still King and it’ll give you a good idea about what’s going on.

Keep checking the fare price and set a level in your head at which you will be willing to commit.  Check every day.  I can’t emphasise this strongly enough. My flight dropped 40% from last Saturday to today, Monday.  One thing you can be absolutely certain about is that flight prices will fluctuate.

Note that once the flights go right down and people crowd in and book, they will start to rise again – inevitably – there will only be a certain amount of availability at the lowest price.  Which is why you’re not ‘getting lucky’ you’re checking every day.  There is always a sale at some stage, the problem is that you have to find it, it won’t be announced and you have to act fast.

The adage that a weekend may be more expensive is mainly true but nothing is set in stone.  Usually when a price comes right down it is across a number of days which may well include the weekend.

Don’t book a flight at the last minute unless you absolutely can’t avoid it.  Then you are totally in the airline’s hands.

Book now if you want to travel in January and February – there are sales going on right now and many of the prices have come right down.  It won’t last.  You never know, this might just be your lucky day…..
Posted by Patricia Davidson at 08:40