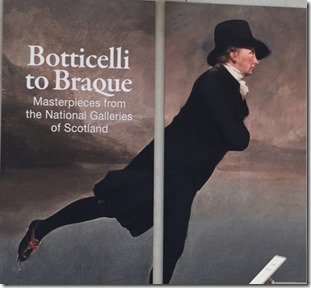 For many of us on the ‘other’ side of the pond, Texas is still full of oil, stetsons and cowboys, there’s little culture and you mostly eat steak.  So why visit Texas? 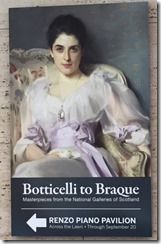 Having been there many times over the past few years I can tell you there are many reasons - the food can be the best anywhere, I rarely see a stetson (not that I have a problem with them), nary a cowboy and there’s a huge amount of culture on offer, from opera to art.  And I should mention the shopping is pretty much incredible although the aircon everywhere can make you feel cold even when it’s over 100 outside. 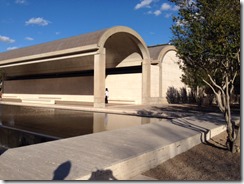 Last week I went to Fort Worth, about half an hour’s drive from Dallas, to see the National Galleries of Scotland exhibition ‘From Botticelli to Braque’ at the Kimbell Art Museum.  The original museum building was designed by visionary architect (read this) Louis Kahn and the museum space was expanded in 2013 by the addition of a building by Renzo Piano, designer of the Shard at London Bridge, the tallest building in Western Europe. 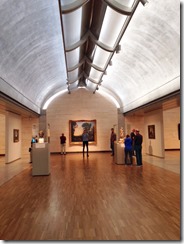 The permanent collection at the Kimbell includes  major works by ‘Fra Angelico, Caravaggio, Poussin, Velázquez, Bernini, Rembrandt, Goya, Monet, Cézanne, Picasso, Mondrian, and Matisse. The collection comprises Asian and non-Western as well as European art, and extends only to the mid-20th century in recognition that this is where the collection of the Modern Art Museum of Fort Worth begins’

The National Galleries of Scotland exhibition consists of 55 paintings, literally from Botticelli to Braque, and including Sir Henry Raeburn and Picasso.  It is a marvellous exhibition, what makes anything at the Kimbell special is the wonderful way that natural light is used and the modern design of both galleries.  This is not to be missed if you are anywhere near.

The Museum of Modern Art, a short walk from the Kimbell, has a history going back to 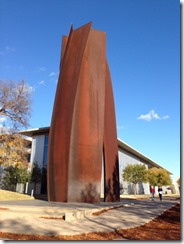 1892 when it was chartered as The Fort Worth Public Library.  The current building was designed by Pritzker prize winner Tadeo Ando, and opened in 2002.

‘The collection of the Modern Art Museum of Fort Worth is comprised of nearly 3,000 objects, including paintings, sculptures, videos, photographs, and prints.  The majority of works in the collection are dated between 1945 and the present.  All major, international movements are represented, including Abstract Expressionism; British, German, French, and American Pop; Color Field Painting; Minimalism; Conceptualism; Post-Minimalism; New Image Painting, and Neo-Expressionism.  Pop and Minimalism are particularly strong, as is German art of the 1970s and 1980s.

On this occasion we didn’t spend much time at the Modern – one of its features is as an outpost of the Magnolia Movie Theatre – Magnolia at the Modern – an excellent place to see a movie.  One screen and the movies c 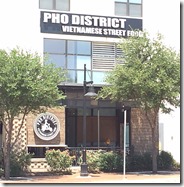 hange every few days.  We saw Irrational Man with Joachim Phoenix and Emma Stone which has had mixed reviews but I think well worth seeing.

Finally lunch – originally intending to pay a revisit to the Woodshed Smokehouse which is very good for barbeque and situated on the Trinity River – we went to a small upscale Vietnamese restaurant instead – Pho District.  Delicious Pho and chicken salad.  Delicious all round.  I would and hope to re-visit both of these so take your pick.
Posted by Patricia Davidson at 03:57