We’re using our smartphones more and more, not just for browsing and texting but increasingly for shopping as well.  The one thing that doesn’t seem to improve alongside smartphone design is battery life.  Ok so your new phone will give you juice for longer for a while, but once you’ve had it and used it a fair bit it’ll be running down just like the rest. 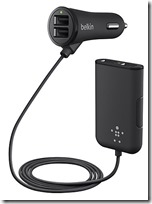 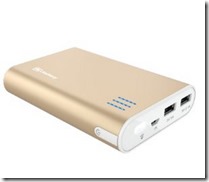 Being a little obsessed with running out of battery – maybe more than a little – I carry a power bank around with me which gives me at least two full charges of my iPhone 6.  Yes my bag weighs more than most but this is made up for by the fact that I never run out and sorry, if that’s you sitting next to me on the train, I’m not going to lend it to you. 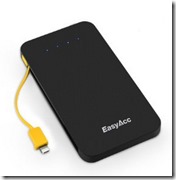 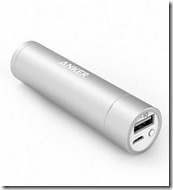 There’s no excuse really to run out.  You don’t have to carry the full kit of wall plug and cable and battery pack wherever you go.  Just a small, light, battery pack and cable – bear in mind that the lighter it is the less charge you will get for it.  If you want a battery pack that’s going to last for the weekend you’ll need something quite weighty.

Power banks – or portable battery packs, are measured in mAh, or milliampere hours, which is the the measure used to describe the energy charge that a battery will hold and how long a device will run before it needs re-charging.  You may think you don’t need to know this, but tuck it away for the next time you’re buying a power bank.  The more mAh, the more charge you’ll get.  Simple.

There are easy ways to charge your phone at home, on short trips, in the car, on the train or when travelling.  And they get faster depending on what you choose.  Here are six of the best.
Posted by Patricia Davidson at 04:28