How to be buffed, bronzed and beautiful without going near the sun

Hearing I was going out to Texas, where every day it’s around 100 degrees, a friend commented ‘oh you’re going to come back so brown’.

Wrong, on so many counts.  a) No one, with any sense, would sit out in the sun in this heat - you would simply fry.  b) I happen, and maybe I’m in the minority, to think that a full on sun tan is unattractive.  c) We know for a fact that too much sun is not just unhealthy but but can be dangerous. And finally - d) I don’t want to end up looking like a shrivelled olive with wrinkled face and crepey skin on my chest which, once it’s appeared, is pretty much impossible to get rid of.  It’s not a sign of age, it’s a sign of too much time in the sun.

So if you’re just off to your villa in the South of France you’ll probably have stopped reading by now, ignoring happily everything I’m saying.  But for those who do want to look buffed and glowing – all the year round – read on.  I never said I wanted to stay white the whole time.

The first step before putting anything onto your skin that’s going to give you a glow is exfoliation.  Getting rid of any dry skin and creating a smooth base.  My three favourite exfoliators are these, and they’re best used at least twice a week.  It only takes a few seconds in bath or shower. 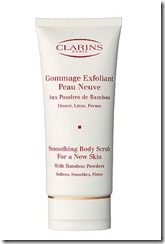 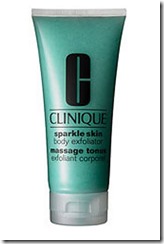 Then if you want beautifully moisturised skin and a gradual glow that builds up a little over time you might like to try one of these.  They all have a lovely texture and moisturise extremely well as well a giving you an even hint of gold.  And you can use them all the year round.

The Shiseido will take the longest to build up colour, followed by the Elemis. The St Tropez – an all time favourite of many - will give you colour more quickly even though it is still a moisturiser.

Finally for those who have no time to waste and want their colour to develop quickly, I would recommend these.

The last of these, Cocoa Brown by Marissa Carter, works extremely quickly so don’t leave it on too long unless you want to look as if you’re just back from the Bahamas.  Or maybe you do……..
Posted by Patricia Davidson at 05:47