Brasserie Thoumieux is the third Paris child of restaurant owner and hotelier Jean Francois Piege.  This is the least expensive of the three restaurants, tucked away in the Rue Saint Dominique, with a menu that won’t hit your wallet too hard and which includes traditional dishes such as foie gras, tartare de boeuf and the Big Burger Thoumieux (accompanies by what may be the best frites in Paris).

I have to confess I found his eponymous two star restaurant over complicated however Brasserie Thoumieux is a Paris joy which you may not otherwise come across.  Go there if you can. Make sure you book. 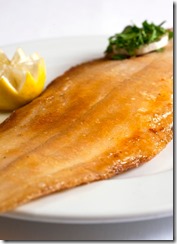 On to the Place de la Bastille for the opera, where I had dinner early at Les Grandes Marches.  By the time I left this modern brasserie was packed with opera goers.  I’m sure there are more inventive places to eat food-wise, although the tomatoes with mozarella and steak hache with frites were excellently prepared.  You can have a full meal or sit outside 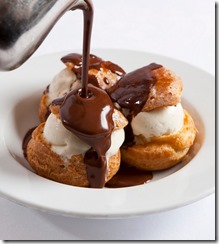 and watch the crowds go by with a glass of rose.  Service is very good.

This is good place if you’re in a hurry and you want a quick bite before the performance as Les Grandes Marches is right next door to the Opera Bastille.  There’s a lot of shellfish on the menu, although yesterday was 28 degrees in Paris so I steered clear.  Traditional dishes such as hamburger, steak tartare, profiterolles are all there as well.

Finally on to one of my favourite places for a quick bite or a take-out in Paris, Mavromatis in Galleries Lafayette (there are also four restaurants in Paris and other restaurants and stores elsewhere, all of which you can find on their website).

The Mavromatis family originated from Cyprus, and their food is traditional Greek and Cypriot with French overtones, beautifully prepared.  On the ground floor of the recently renovated Lafayette Gourmet and alongside other places to eat - which I haven’t tried - you can choose from mezze dishes, chicken brochettes, stuffed tomatoes and vine leaves and too many others to list here.  All of which you can eat there or take out.
Mavrommatis at Lafayette Gourmet, 48-52, boulevard Haussmann 75009 Paris – Metro station : Havre Caumartin   Tel : +33 (0)1 42 80 42 42
None of these three restaurants is over priced and all are well worth a visit, on a special evening out, before the opera, whilst shopping in Paris or for a quiet dinner at home.
Final note….If you’re hot and bothered and anywhere near Lafayette Gourmet you might like to pop in and have an ice cream by Pedone.  Totally delicious and as you’ll be doing so much walking in Paris you’ll deserve it.  Try the yoghurt ice cream.

Posted by Patricia Davidson at 01:00