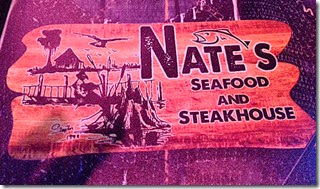 Don’t dress up smart when you go to visit Nates Creole seafood restaurant in Addison, Dallas, if you do you’ll probably regret it, as one of the first things you’re most likely going to do at this excellent casual Creole restaurant is get your hands covered in spicy crawfish - there’s only one way to eat these and that’s to peel them by hand. 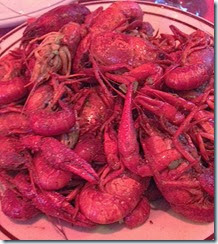 Nates is noisy, popular and a local institution, a bright pink restaurant which stands out for miles, and about as casual as it gets with a roll of kitchen towel on each table which you’re going to need whatever you eat.  And if you don’t like picking at seafood with your fingers I suggest you don’t come here – it’s part of the fun. 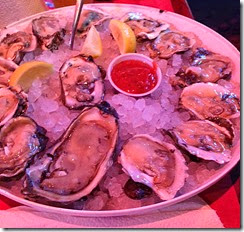 trick of dealing with shellfish speedily early, as I had to if I was going to get anything to eat for myself.  Crawfish is messy but very tasty and an almost mandatory starter here.  Don’t go for the Turbo version unless you like your food blisteringly spicy.

For each item on the menu you can see how spicy it will be by the number of chilies printed at the side.  After the crawfish you may want to go on to one of the main dishes, but I suggest you delay for a cup of Creole shrimp gumbo, with or without okra, which makes it slightly thicker. 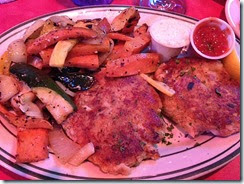 Then there’s a huge amount of choice from crabcakes to broiled blackened redfish to surf ‘n turf and with each main course you can choose from baked potatoes, french fries, rice or grilled vegetables.  I took the latter and expecting something green was happy to be delivered a plate of smokily grilled courgette, pepper, onion and more.

You’ll also find steak and chicken, if you’re not into fish, and sandwiches, called po-boys here, and which can be filled with beef, shrimp, blackened catfish and alligator.