Last night I was lucky enough to hear the Faure Requiem and Elgar Cello Concerto at the I. M. Pei designed Meyerson Symphony Center in Dallas, where the combination of wonderful acoustics and innovative design have caused this hall to be described as ‘one of the greatest concert halls in the world.’ 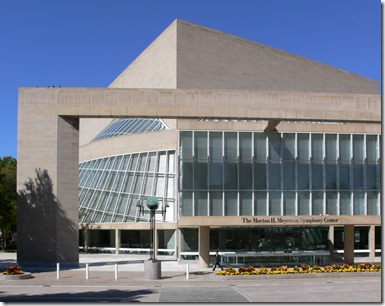 You will most likely have heard about I. M. Pei for the Pyramid at the Louvre, or the Bank of China Tower, which makes this concert hall almost a hidden masterpiece, but it’s one which any music lover should try and pay a visit to, as the sound is quite extraordinary, and there are no other concert halls designed by Pei.
Here are two of my pictures showing the hall interior last night, the extraordinary canopy which lifts up and down and the monumental 4,535 pipe C.B. Fisk Opus 100 organ, known as the Lay Family Concert Organ 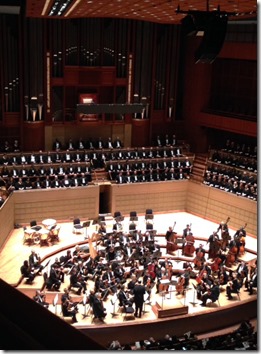 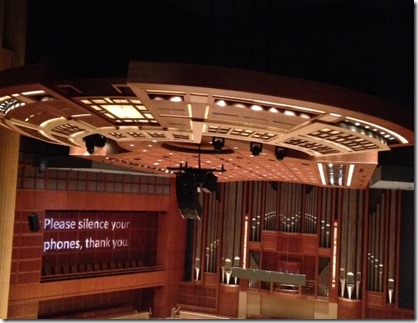 Quite by chance two of my absolute favourite pieces of music were being played, alongside Faure’s Pavanne, Elgar’s Cello Concerto, with the Dallas Symphony Orchestra conducted by one of today’s most sought after conductors, Jaap Van Zweden and soloist Alisa Weilerstein.  I always think of Jacqueline du Pre when I hear this wonderful piece, although it was brilliantly played last night 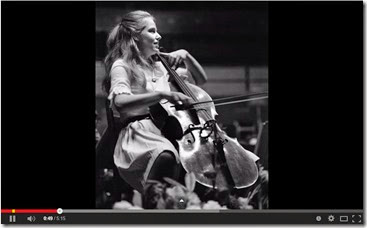 The Faure Requiem is one of the most beautiful pieces of music, unknown by many and not performed that often. Here is probably the most famous of the seven movements, the Pie Jesu, performed by Kathleen Battle 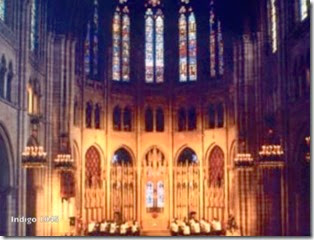 And the Libera Me performed by Emiliano Barragán-Géant: lyric baritone. 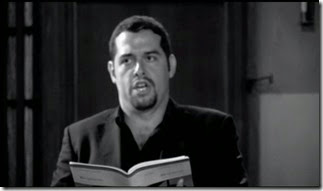 Faure’s Requiem is frequently performed in churches, where the acoustics are perfectly suited to this gorgeously rich music.

Dallas is to many an unexpectedly wonderful center for music and opera, offering world class performances such as last night, so if you are thinking of paying a visit for any reason research the Dallas Symphony Orchestra  and the Dallas opera at the Norman Foster Winspear Theater (which you can just see through this window in red) before you go, you never know what you might miss out on otherwise. 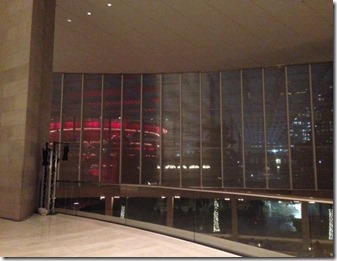 Posted by Patricia Davidson at 06:45