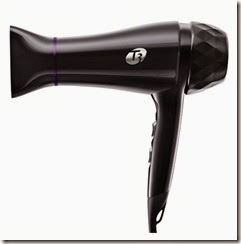 I bought a T3 hairdryer several years ago, about eight in fact, largely because of all of the hype.  The fact it lasted for so long is pretty amazing, and, even though expensive then, if you divide the cost of something by the number of times you’ve used it or worn it this was well worth the money.

The T3 Featherweight hairdryer costs a mean £195 and justifies this by telling you that it is kinder to your hair as it contains an ion generator, T3 tourmaline, and SoftAir technology – all of which means little to me.  The only thing that matters is how powerful it is, and how well it helps me style my hair and keep it that way.  In that respect I give the original one I bought, and the new one I am trying, 5 stars without thinking too hard about it.

These dryers don’t give you all of the ‘puff and blow’ that other dryers do, so you may be fooled into thinking that they’re not as powerful, but the speed, without the blow, is quite amazing, and quietly and effectively they’ll dry your hair faster than anything else.

Don’t take it from me, but the reviews for the T3 Featherweight Hairdryer say it all.

You’ll  find the T3 Featherweight Hairdryer (and its sister dryer which is not that much less expensive so if you can, go for the top model) at:
Feel Unique
Look Fantastic
SpaceNK
Net-a-Porter.com

And if, like me, you like to have freshly washed and dried hair several times a week without going near a salon, you may well find this worth the price.  At the very least put it on your Christmas list……
Posted by Patricia Davidson at 06:10