From I.M. Pei to Neiman Marcus–10 Things to Discover in the Real Dallas

Most people’s conception of Dallas is that it’s hot all year round, and full of stetson toting cowboy boot wearing Texans.   When talking to other Brits I’ve found they don’t expect a lot of culture here, nor that Dallas is the center of so much that is now USA wide.  So it’s worth a re-think when you’re planning your next visit to the USA and include a trip to Dallas, a city that will almost certainly take you by surprise and one that I have been lucky enough to visit many times.  So this is from a Brit perspective.


10 Things to Discover in the Real Dallas 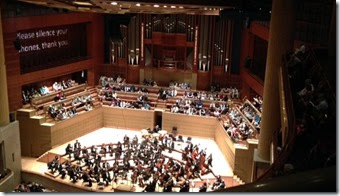 Chinese born American architect I.M. Pei, described as the ‘master of modern architecture’, and with the Louvre Pyramid and the Bank of China Tower being just two of the buildings he designed, also designed the Morton H Meyerson Symphony Center  in the Dallas Arts District, considered by many to be one of the greatest concert halls in the world. 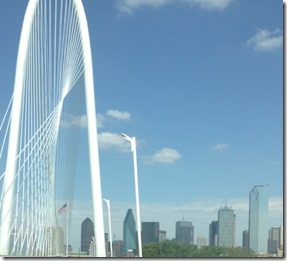 The Margaret Hunt Hill Bridge, which can be seen for miles in several directions, was designed by world famous Spanish designer and structural expert Santiago Calatrava.  The original plan was for three bridges to be built to span the Trinity River, but the funding was obtained for only one.  This is an incredible bridge to approach and drive over from any direction. 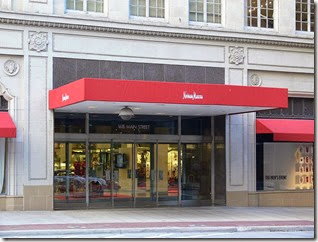 Shopping– In Dallas this is not quite what you’d expect, as unlike New York, Paris, Rome and other major cities there is little to be found in Downtown Dallas (although the plan is for that to change).  One store which is Downtown and well worth visiting from both a historical and – expensive – shopping point of view is the Neiman Marcus flagship store which opened in 1914.  The Zodiac restaurant on the 5th floor is a famous destination for ladies who lunch and has been for over 50 years – expect great salads, popovers (a kind of hollow muffin), and a cup of consomme before your meal.

There are as many if not more shopping destinations in Dallas than in any other city I’ve been to, but if you’re there on a short trip go to the  NorthPark Shopping Center where you can get all of your exercise walking round the Mall via the four anchor stores, Neimans, Nordstrom, Dillards and Macys whilst finding everything in between from famous kitchen store Williams Sonoma to Bulgari and Tiffany.  There’s nothing in terms of fashion, accessory and lifestyle shopping you won’t find there.  My advice?  Wear comfortable shoes and make sure you have enough time….

Travel – with seven runways DFW, or Dallas Fort Worth Airport is the third largest in the world in terms of flight operations and the tenth in terms of numbers of passengers.  Serving 204 destinations at time of writing it rivals Frankfurt, Schiphol, Paris CDG, Atlanta, Chicago, Munich and Dubai which are the only other airports to offer over 200 destinations.

For those thinking of travelling to the USA via Dallas, or connecting through DFW, you’ll be happy to know that provided you’ve joined the Visa Waiver Scheme you will probably not have to queue at immigration, you can use one of the self service booths which cuts down arrival time hugely.  Tried and tested. 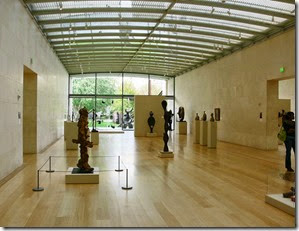 Art – The Nasher Sculpture Center in Dallas is the city’s most famous museum.  Designed by Renzo Piano, it is home to one of the finest collections of contemporary and sculptures in the world, including works by De Kooning, Moore, Picasso, Miro, Matisse and Rodin.

Food – there is every type of restaurant you could possibly want in Dallas from excellent Mexican cooking at restaurants such as Javiers and El Bolero to Nobu and Stephan Pyles' Flora Street Cafe.  Expect to find food as good as anywhere in the world.  Be warned that many restaurants are expensive and you may well need to book. 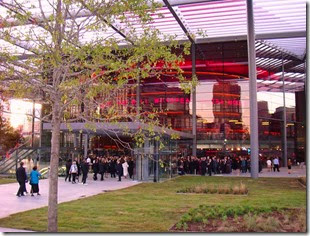 Opera – The Winspear Opera House in the Dallas Arts District was designed by Foster and Partners and is an unmissable landmark even if you just drive past.  The opera house was opened in 2009 and seats 2300.  If you’re an opera lover as I am check on the program before your visit and book online.

Weather – Most people, Europeans particularly, think of Dallas as balmy and hot all the year round.  Barmy more like.  The temperature here can drop by 20 degrees overnight, and turn from a warm autumnal day to an ice storm in just a few hours.  Expect boiling hot days and nights, tropical storms when you literally can’t see where you’re going and trees come down everywhere, and some of the coldest days you’ve encountered.  Luckily those don’t go on for long.  In winter particularly you have to be ready for anything.

Dallas is home to famous sports and movie moguls, and some of the houses have to be seen to be believed, particularly at Christmas time when many homes and gardens are completely lit up.  One of the most famous roads to drive down if you want to see houses the size of Versailles (well not literally but almost) is Strait Lane.  Be prepared to be astonished and happy you don’t have to pay the cleaner/s…. 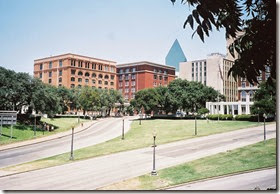 No visit to Dallas is complete without a drive past of the Book Depositary and Dealey Plaza where J F Kennedy was assassinated on November 22nd 1963.  Who doesn’t remember where they were then?  (If you’re old enough to remember).  The Dealey Plaza Historic District was named a national historic landmark in 1993 to preserve the Plaza and associated buildings.

Dallas – About the show.  The original Southfork Ranch was in reality called the Box Ranch, and was used for exteriors only.  A house on Swiss Avenue, Dallas, was used for the interiors.  Lorimar then changed the location – you can read all about it here.

The real Dallas is a mixture of historical buildings, modern skyscrapers in Downtown, beautiful (and sometimes jaw droppingly enormous ) homes and fabulous shopping, probably as good as anywhere in the world.  Dallas is worth a visit anytime you come across the pond.
Posted by Patricia Davidson at 06:39