What to Wear to Henley Regatta

Henley Regatta, to those who row or have anything to do with the sport, is the top rowing occasion in the year, and what to wear, particularly if you’re in the Stewards’ Enclosure (and more about that later) can, particularly if, like me, you like to wear  your dresses on or just above (or further above) your knees can become a sartorial nightmare.

Henley Regatta (or Henley Royal Regatta) as I should be calling it,

starts on a Wednesday and ends on Sunday, and all classes, from single sculls to rowing eights  are a knockout, with two boats racing at a time.  Provide the weather is friendly it can be a lovely day out, and you can sit near the river in a deck chair sipping a Pimms and watch the boats go by.  My son rowed in an eight at Henley Regatta for his school several times, which made it very exciting.

Teams come to row at Henley from all over the world, and the rowers have the dress code advantage over everyone with unusually coloured and often quite dazzling team blazers, brightly coloured sometimes outrageous socks and team or club ties, putting the rest of the men who, if they’re in the Regatta Enclosure where you can buy tickets, or the Royal Enclosure, where you have to be a member, in the shade. 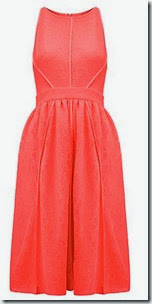 There is no dress code for the Regatta Enclosure, although people frequently do dress up.  In the Stewards Enclosure the dress code is very strict, and you can be refused entry if you don’t stick to it.  Elsewhere along both riverbanks at Henley you can wear what you like, take a picnic and just relax.

So what to wear in the Stewards Enclosure?  Men (let’s get them out of the way first) have to wear suits, or blazers and flannels, and are not allowed to take their ties or jackets off unless there is an announcement because of the heat.

The girls have to wear skirts that are below their knees.  If you’re  invited to Henley don’t try and be clever and wear floppy trousers, jumpsuits or skirts above your knees.  Quite simply you won’t be let in, and the Henley fashion police will stop you at the entrance.  Oh and if you have the idea of flashing a bit of thigh forget it.  Split skirts aren’t allowed either.

There’s a technique some people try, to undo and hold their knee length skirts lower and then raise them once they’re in.  Be careful if you try this one, you may still be spotted and removed.  Archaic?  Yes, but the rules are strictly enforced so if you do want to see a bit of racing and/or sit in the sunshine with a glass you have to go with the flow.

Also:  Whatever you may read most do not wear hats.  Tights or stockings are a faux pas although many wear them – they’re just not very chic with summer dresses, let alone tights with sandals, don’t get me on that one.  And very high heels may well leave you sinking inelegantly into the mud.

The answer, of course, is to wear a maxi dress which is likely to be more flattering than a dress that stops mid-calf, alternatively if you do go for a shorter option I prefer something cut in a slim shape as opposed to a classic bias cut number that swirls about, but the choice is yours.  If you do go for bias cut be careful with your shoes as these can look extremely frumpy.

Remember that you want to wear something you’re comfortable in, as you’ll be wearing it all day, and when it comes to shoes, if you can find a modern wedge sandal so much  the better, preferably as you’ll be less likely to sink down.  Also be warned that if the ground is wet you may well ruin your favourite shoes and need to opt for something you don’t care so much about.

One more point.  Don’t bother to try and use your phone in the Stewards Enclosure.  Those are off limits as well.
Posted by Patricia Davidson at 03:04