Noah–A Biblical Movie Worth Seeing or just a Vehicle for Special Effects? 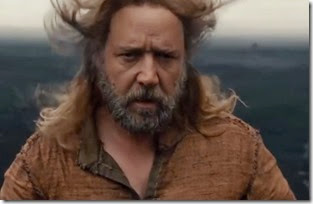 Yesterday I saw Noah, just out here in the US over the weekend.  Aronofsky’s Noah is the Old Testament on speed, taking multiple genres to create a part of the Bible that we all think we know so well and turning it into an incredibly meaningful and scenic movie overflowing with special effects, wonderfully acted by Russell Crowe, Jennifer Connelly, Anthony Hopkins,  Emma Watson and Ray Winstone.

Thankfully Noah has shoved all of the Marvel movies and other nonsense right out of the picture and topped the box office list at least here, taking $44 million just in the first two days.  No surprises there.

There are parts of Noah that you have to look askance at, such as the Watchers – rock monsters that do God’s bidding and Ila giving birth to two girls whereas in the Bible it says that she had sons, however this is not a film that is accurate to the last degree……how could it be?  And judging by the amount of noise it’s creating whether or not you’re interested in the Old Testament or if you just want 2 and a bit hours of great entertainment Noah is a movie well worth seeing on any level.

Some reviews worth reading:
How Biblically Accurate is Noah? (Slate)
Darren Aronofsky’s Noah…..Better Than the Book (Time)
Posted by Patricia Davidson at 08:11