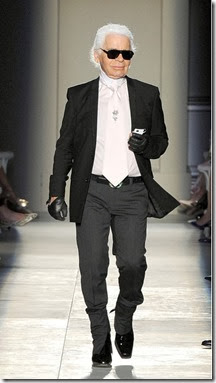 Chanel hosts the Metier d’Art show in a different location each year.  Last year it was Edinburgh’s turn, with Linlithgow Palace, home of the Stuarts and where Mary Queen of Scots was born, accompanied by pipers and showcasing tweeds, tartan and sporran shaped handbags.  Guests were supplied with Chanel blankets and whisky to keep them warm.

This year Karl Lagerfeld is bringing his Chanel spectacular to Fair Park, Dallas and bearing in mind the fact that Dallas is now covered in a fine layer of freezing sleet/snow, I hope that they are bringing their blankets with them again.  Somehow I doubt it.  Most importantly, I hope they get here.

It is to be held at Fair Park, one of Dallas’s National Historic Landmarks,  and because Texas doesn’t do anything in half measures, it is home to nine museums, 6 performance facilities and the largest ferris wheel in North America.  Fair Park was originally built for the Texas Centennial Exposition in 1936.

So it will be fascinating and exciting to see how this monument to all things Texas – or part of it at least – is transformed into a haven of haute-couture with a theme called ‘The Return’, encapsulating Coco Chanel’s success in the 1950s in the US.

British Vogue was the first to announce the venue in January 2013 – read it here. With the expression ‘I love Texas, I love Texans’ (and his known appreciation of the support of the American Press), Lagerfeld will be planning, as always, a grand spectacular and the Dallas fashion world will be holding its collective breath for next Tuesday December 10.

Knowing Texas - jaded fashion journalists and show goers, already used to over-the-top productions, may be in for a surprise, as Texas is a no-holds-back city with a huge, knowledgeable and cultured love of fashion and haute couture and the wherewithal to feed it.  I have no doubt this will be something incredible.

Watch this space…….. currently in Dallas, I’ll let you know, most likely from the back row but who cares?  I just have one problem.  What to wear???
Posted by Patricia Davidson at 05:25