Trying On Alaia and the Alaia Exhibition at the Paris Galleria 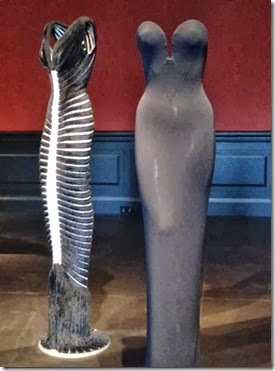 Tunisian born couturier Azzedine Alaia cuts for the curvy female body in a way that accentuates everything good.  It’s no wonder he is one of the most famous designers today.  His dresses and accessories are expensive, of course they are, but put something of his on your back and you feel as if it was made for you, even if it wasn’t. 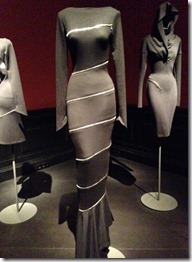 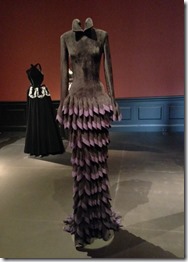 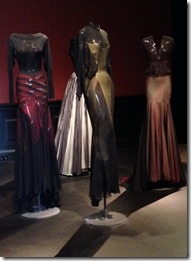 I spent a day looking at his creations over time and then visiting his atelier and trying on a couple of his dresses, one in particular as you can see below.  My bank manager would never have spoken to me again so I left it in place, however the cut, the drape, the way the fabric fitted and then swung out were all tempting beyond words.  It was the most beautiful dress I had ever tried on without a doubt.

As Olivier Saillard, the director of the Galleria and curator of the exhibition said ‘everything is timeless……with Alaia it’s not about style, rather it’s about the end (nytimes.com – read the full article).  Alaia has created dresses that are instantly recognisable, sometimes subtle and sometimes not, with cut-outs to reveal and plunging backs.  Famously worn by fashion to film star to celebrity clients such as Michelle Obama, Carine Roitfeld, Carla Bruni and Madonna, Alaia dresses the ordinary person superbly as well.  As I found out.

You can find some of his collection at Matches Fashion – if you’re thinking of ordering, I would say that his sizing comes up a little small, as is the same as most mainline designers. 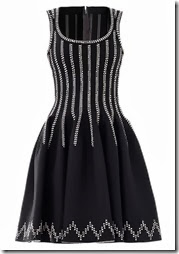 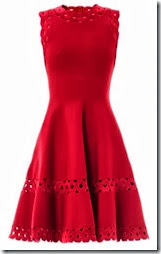 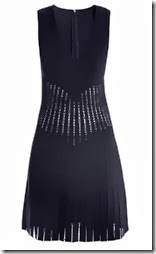 His autumn/winter collection is created from knits and quite heavy cloth suitable for northern European climes but definitely not for warm weather.  So if you live somewhere warm buy the handbag instead…..it won’t be the same as the dress, of course. 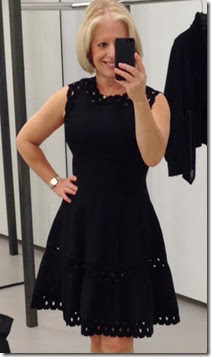 Posted by Patricia Davidson at 01:05