The Roman poet Juvenal wrote ‘mens sana in corpore sano’, which literally translated means ‘a healthy mind in a healthy body’.  It’s been used as the motto for athletic clubs, military and educational institutions, quoted by Chekov in The Three Sisters and a favourite phrase of former US President Harry Truman.  So now you know.

I’ve jumped on and off the fitness bandwagon for years but having, for various reasons, discovered a new motivation back in early 2010 I’ve managed to keep going, partly because I feel so much better and partly because of association with others far more fitness crazy than me, my middle son in particular, who regularly sends me texts from his hideout in Edinburgh asking how his lazy mother is.  I like to have the right answer.  Highest moment was when he discovered (he’s 23 by the way) that his elderly mother (his words) could actually do press-ups when his girlfriend couldn’t, funniest was when he caught me doing ‘the 100’ in Pilates and decided to imitate me – and you’ll have to look it up if you don’t know.

Anyway.  There are so many reasons for getting fit and staying there but the main ones are that you’re likely to be healthier, you’ll feel better about yourself, and you’ll look so much better in your clothes.

Ignore anyone who tells you that past a certain age it’s too much effort, or it doesn’t work for them, or it’s for the young, or they don’t have the time.  From going to the gym to following a fitness cd or going for a run in the park you can spend as much or as little time as you want and you can get fit.

The hardest part of getting fit is starting and you need to be motivated.  Once you start to reap the benefits – and of course you can become addicted to fitness – it’s much easier to carry on.  I have two ‘gym buddies’ who I rarely go to the gym with (different tastes in music, different locations) but with whom I share the bond of not feeling right if we don’t exercise every day.  Find the support of someone like this and you’ll keep going a) because you want to and b) because you’ll feel so guilty if you don’t.

It’s worth getting some workout gear you’ll enjoy wearing, some good trainers (get fitted properly), a support bra and some music you really like.  Then make a start.  Trust me, you’ll never regret it. 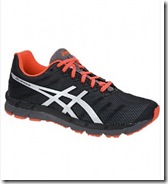 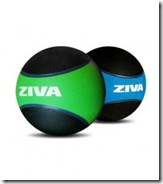 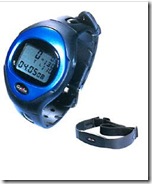 Posted by Patricia Davidson at 10:37