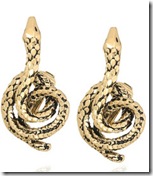 The snake print bag, boots, shoes, belt and scarf is everywhere this season.  Here are 22 pieces that are right on trend and waiting for you right now. 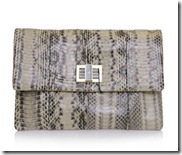 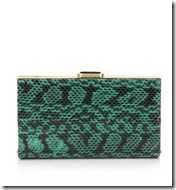 Snake print is not everyone’s cup of tea, however with designers such as Lanvin, Stella McCartney, Milly, Anya Hindmarch, Tory Burch and Diane von Furstenberg offering you snake/python/reptile prints in many various forms it’s a trend that’s high on the mark and worth having a look at. 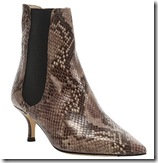 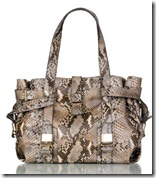 Unlike animal prints such as leopard and zebra, which you’ll find every season in some way shape or form although some seasons they’re more on trend than others (and which most people are happy to wear), snake is very much a fashion statement.  If you want you investment to be trans-seasonal and to be able to wear it for year after year I suggest you go for a subtle or easy to wear/carry piece such as a snake print bag or scarf.  Alternatively go full-on in Lanvin’s snake printed boots, Current/Elliott’s skinny printed jeans and Karen Millen’s python print dress.  The choice is yours, and there’s a great deal to choose from. 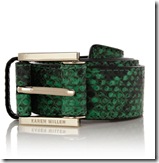 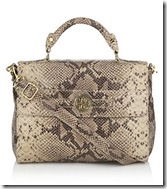 Wear snake print one piece at a time (you may think that’s obvious but look around), and pair it carefully with neutrals black and nude to create a modern ‘right now’ look that’ll carry you right through the season.  If you’re wearing a snake print dress choose chic boots or heels, a simple clutch and a statement cuff – you won’t need anything else.

Posted by Patricia Davidson at 23:55