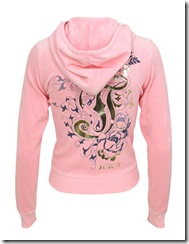 Whenever I think of Juicy Couture I instantly think of the eternal velour tracksuit worn by celebrities, stars and a load of people who really shouldn’t when they launched back in 1994.  Mostly not for the tracksuit’s original purpose, but for travel and shopping and just being seen in.  The Juicy Couture tracksuit was a ‘must have’ combo and if you couldn’t afford Juicy you could find one just about everywhere else on the high street.

The rush has died down, and you can still buy the tracksuit, now in each season’s colours such as (this year) coral, mushroom, deep sky blue and pale rose pink as well as the expected neutrals black and dark navy, but the collection has grown like topsy, so now there are the heavily branded tshirts, the Juicy Couture bags, watches, lingerie, fragrance and on into clothing.  And Juicy Couture Kids, of course.

Juicy Couture has changed from a loungewear brand, although they do that so well, to an all round clothing and accessories brand, something that many have tried and failed at, but having branded themselves on our consciousness so early on with the aforementioned tracksuit, and possibly because so many of their clothes still advertise the brand (you may not think that’s going on, but of course it is) that the instantly recognisable has allowed them to create clothes that are not so ‘in your face’.  Wear the brand from top to toe if you want, or just wear the clothing collection, girly, glamorous, often sexy and frequently incredibly pretty.  Why wouldn't you? 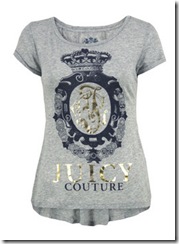 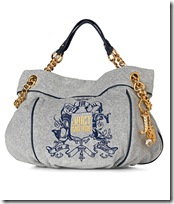 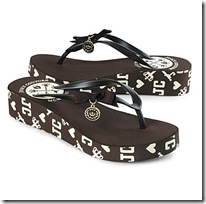 This summer there are some very pretty, unbranded – at least on the outside - dresses and separates to be found, at totally not unreasonable prices. So if you like the Juicy Couture brand, but you don’t want everyone to know who you’re wearing, you can pick from the collection and you’ll be entirely safe from wearing your logo on your sleeve (or back or front or leg, even). 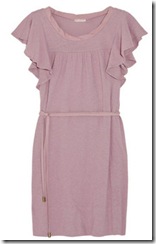 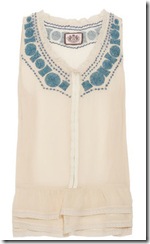 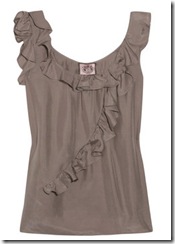 Don’t forget that our Simply Beach Competition at www.thesiteguide.com will end on June 30th.  Click here for details and sign up…………the competition ends on June 30th at midnight.  Will you be there?

Posted by Patricia Davidson at 23:48