The Importance of having a Great Profile Photograph 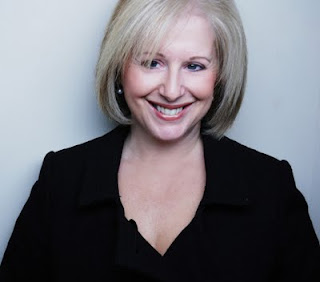 Yup, this is me, as anyone who follows me on Twitter, Facebook, GlamourSleuth or LinkedIn, reads my books (although that was a slightly earlier picture) or sees articles I've written for various media, both online and off.

Whenever I'm asked for a pic I don't have to worry, I have it to hand, in glorious technicolour or more subtle black and white, and wherever I create a new profile, there it goes.

Most of us are now in the viral swirl that is Social Media, and for anyone who isn't, they're going to be left at the starting gate.

I have to say that I really enjoy the whole hustle and bustle of it, being able to communicate with people I wouldn't come across otherwise, chatting about the web, my dreadful kids (not really), my business and where I went last week, let alone being able to share the dafter things that go on in my life, such as being interviewed by the BBC from a moving train over my Blackberry.

Back to your profile pic; If you don't have one - you need one. It's a simple as that. I think it's really important that it's a picture you're happy with, and then you can stop hiding behind question marks, no picture logos and your product pictures. It's you everyone wants to know about, you you're promoting because let's face it, you are your business.

I'm really hard to photograph well but Chris Parkes, who took my pic, managed to produce something I really like, that I'm not unhappy to show to the world.

I'm talking to him about setting a day for anyone who wants to to come and have their pic taken, I have no idea at the moment how much it would cost so you'll have to contact me at phd@thesiteguide.com and then when I know I'll tell you. You can get in touch with him at christophotographic@mac.com. He's fun, interesting and takes a great pic. He's also at http://www.christophotographic.co.uk/.

Am now asking him why his picture isn't on his website. Sigh.......
There's a whole new area at http://www.thesiteguide.com/ for Beauty Finds - check it out now.
Posted by Patricia Davidson at 02:36